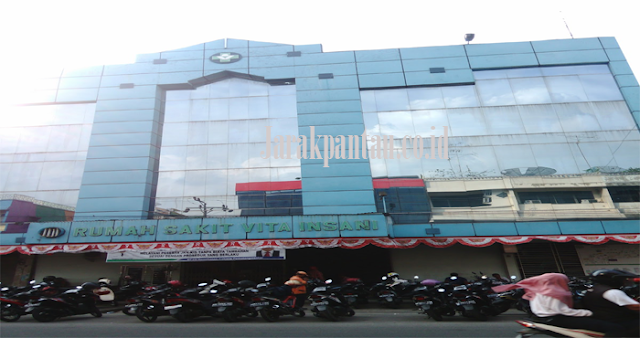 Jarakpantau.co.id - Leni Irawaty Sidabutar (30) one of the employees at RS Vita Human citizens the way Nelson 45 Villages there were no Ancient King Girsang sipangan Bolon, Simalungun, do not receive him at Cabuli, he reported Hermantono Tambunan (40) to the Polres Siantar Saturday (6/1/2018) Approximately at 13.00 GMT. D Do the perpetrators of child sexual abuse Victims Leni Irawaty as much as 6 times Diruangan different in Human Way Independent RS Vita No. 329, Kelurahan, Kecamatan Pardomuan Siantar Timur.

"The perpetrators of the Hermantono (40), citizens of the street is part of a flower No. 18 Housing Meranti, Village Kahean, district Siantar North, Lewd Conduct against a victim from the (7/2017 month) Counted Already 6 times the perpetrator Did, in a different room," said Naked Reserse AKP. Restuadi to Metropublik.com Mon (8/1/2018) Roughly At 16.12 BST.

Initially on Friday (08/12/2017) at approximately 21.00 GMT the victim was about to take Leni files that are inside the Office of nursing, on the 2nd floor RS Vita Independent Road No. 329 Human kelurahan, kecamatan Pardomuan siantar timur. then the victim into the Office. But in the Office that was first Suspected of being in the room.

Furthermore, the Victim was shocked to see the suspect In that room. Then the suspect suddenly immediately shut the door to that Office while confining it.

There is no word Bases the stale, the suspect Immediately Embraced the victim, Also a suspect forced to kiss the lips of victims, not only that the suspect insisted the victim was holding his cock Tool to pull out the sperm. "The victims at that time felt the fear so follow what the words of the suspect".

Victims Are becoming stagnant in his job at RS Vita human Also not happy over what befell on him then. Try telling that to his Friend Devi Azizah (23) residents of jalan Bawal Village, sub-district Pardomuan Siantar Timur. "Victim in the city this siantar stayed home his Friend Devi Azizah".

Furthermore, Devi who had heard the story and what happened to that friend. Then on Saturday (6/1/2018) Approximately at 13.00 GMT. Devi is her friend and Freddy Saberi (26) citizens Way Tusam Raya No. 293 Perumnas Stone VII, Siantar, Simalungun accompany Victims come to the Polres Siantar to create reports.

"These things we already received will be Signed, and are still under investigation," Said Restuadi while you finish. (Rizal Siregar).