Long so Bandar Sabu Eventually stayed for in jail 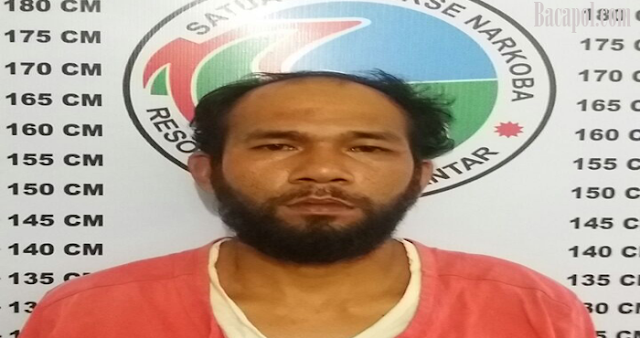 
Community who fret with a drug transaction there frequently in their neighborhood. then the community reported the Activities to the Sat's drug siantar.


Then, Personnel who have received the straight checking the info to the site. personnel performing penyeseran and found a man sitting on the curb. But the man was surprised at the presence of personnel, He Spontaneously throw something toward his side.


Then personnel who saw something in waste, instantly captures the man's. Then the man's name asking personnel. the man's name or her Patar Gultom "my name is Patar Gultom Pack", it turns out this Guy fits the steal the name and attributes in the infokan by the people. then send in Patar taking the stuff he waste it.


Once taken, it turns out that 1 piece of cigarette sampoerna and personnel sent to open the smoking while told to remove content in its two packages of Shabu-Shabu, 1 fruit, 1 piece rubber kompeng pipette, 1 piece of folded paper in it there is a package of Shabu-shabu and also from the suspect's pants pocket money amounting to Rp. 178.000,-.


Then the personnel doing the Comb around where the suspect was sitting, personnel found the 13 twelve packages of Shabu-Shabu, 1 fruit knife cutter and found 1 piece cans black Pagoda brand.


The next Suspect together evidence in Chelsea to drug mapolres siantar sat to do the investigation. then the suspect Patar Gultom subject to section 114 of the Act 35 years 112 subs 2009 threat of 5 years in prison. Imbuh Mulyadi. (Rizal Siregar).