Redaksi
Home » Kriminal » Wow! A young girl is Skimming a motorcycle as much as 3 times

Wow! A young girl is Skimming a motorcycle as much as 3 times 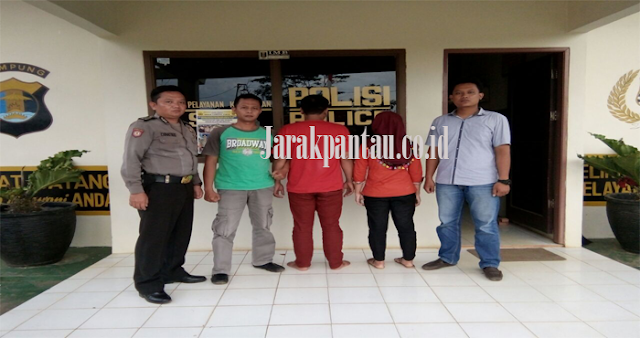 Information on the spool (08/01) events begin on Saturday (06/01/2017) principals borrowed motorcycle victim named YASRONI (28) Villagers Marga Mulya, Hamlet IV, the Earth the great East Lampung district, with a reason to buy a sneeze. But until the time 1 X 24 hours, the suspect never return the motorcycle to a victim, the victim met his parents in the village of Sukoharjo Sub's home to ask for the full answer, but there is no direct results and reported the incident to the Polsek Earth Great.

Police East Lampung AKBP Yudy  Chandra Erlianto justify the arrest, "after we develop such cases, revealed information from suspects, that the suspect had already been embezzlement motorcycle as much as 3 (three) times together with his male friends. One of the victims of the villagers Giri Klopo Mulyo subdistrict Compatriot who became victims managed to recognize friend abuser.

And with that we know of his offender comes from Lampung Tengah. And now to the two principals, along with his evidence, in the form of one (1) unit a motorcycle brand of Yamaha mio gt, blue white, nopol BE 4810 PR, th hat in 2014, in the great Earth to Polsek process further investigation ". Yudy Lid (Denny)